February is a strange month in this part of the state. Spring is desperate to come busting in, but winter doesn't feel like leaving yet.

All of the trees are still bare, their long wooden fingernails stretching toward the sky. 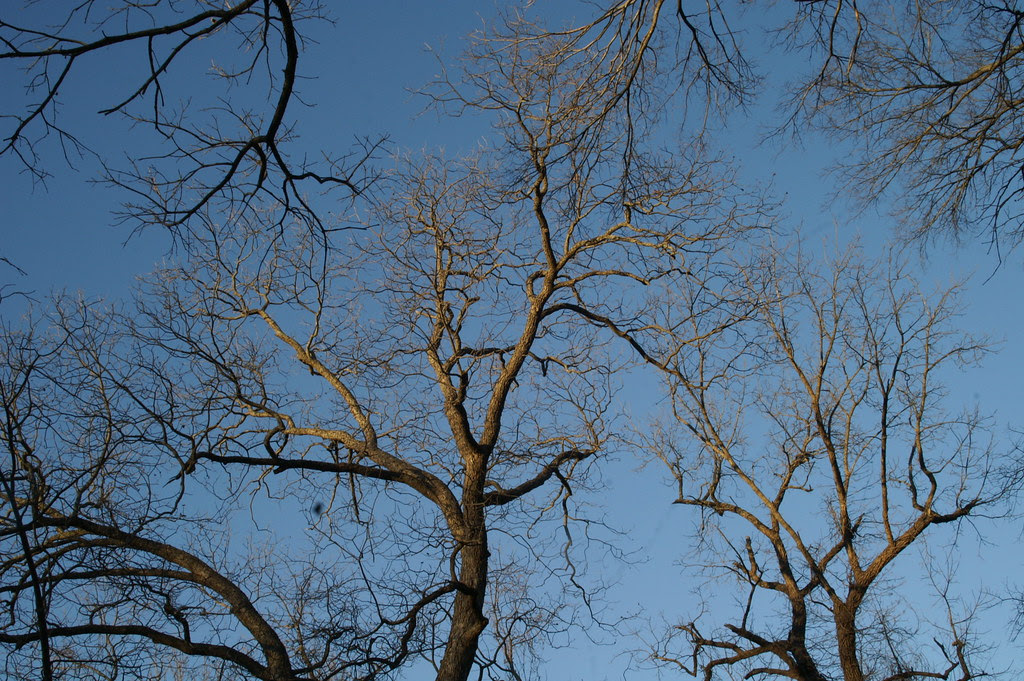 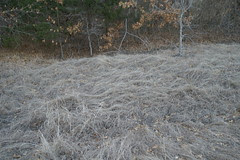 It's still cold at night: my car crunched through icy puddles in the driveway on the way to work yesterday. Dead weeds still stand against the edges of the woods, their blooms bleached and dessicated. 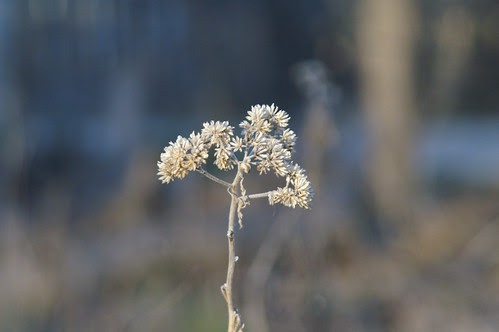 But changes are coming....

Green groundcover is stirring under a protective layer of oak leaves, reveling in the warmer afternoons and damp soil. 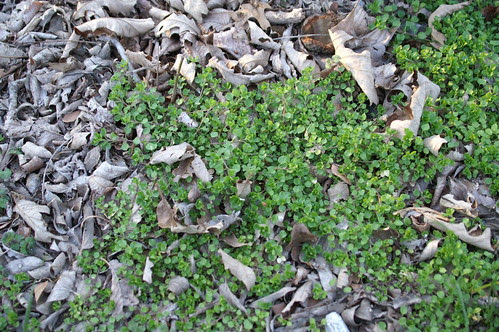 I was surprised to find a stonecrop plant sprouting. It "died" last year in the heat and drought, but apparently a little bit hung on. It's the only surviving companion to the rosemary bush in the sandy bed that once housed a giant unsightly prickly pear cactus. 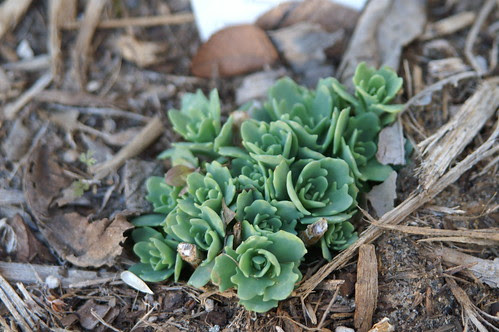 Out in the front field, a new branch on a young pecan tree sheds its velvet like an overheated child peeling off a coat... 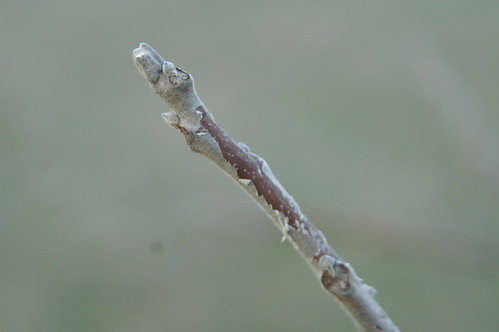 ...and a flowering pear tree offers up hundreds of miniature bouquets. 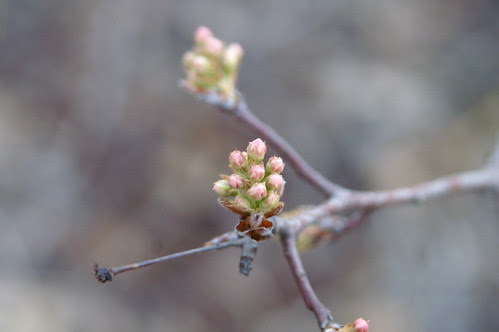 The swing of the seasons: a gentle but constant tug-of-war.